It has been confirmed that Adrian Peterson’s 2-years-old son has died on Friday in a hospital located in Sioux Falls, South Dakota. The 2-year-old victim’s death was due to abuse by a man that was dating the boy’s mother.

“I really appreciate all the support that I’ve been receiving from fans, the Vikings organization. This is a private matter and I would ask you all to please just respect my privacy and not ask at all about the situation at hand.” – Adrian Peterson

Prior to the death of Adrian Peterson’s son, the 2-year-old was in critical condition and Adrian Peterson made a statement that he would still participate in the football game against Carolina on Sunday. Further details regarding the case with his son were rejected.

“I really appreciate all the support that I’ve been receiving from fans, the Vikings organization,” stated Adrian Peterson, who was excused to miss the routine Minnesota Vikings football practice on Thursday. “This is a private matter and I would ask you all to please just respect my privacy and not ask at all about the situation at hand.”

At this time, Adrian Peterson stated that he will still attend this Sunday’s game.

Prior to the death, which has been confirmed by Adrian Peterson’s father, Nelson, the 27-year-old man, Joseph Robert Patterson, was arrested and jailed by Sioux Falls, ND police. Patterson faces charges of aggravated assault and aggravated assault on an infant. Since the act of crime has resulted in a death of an infant, these charges will be increased and additional charges are highly likely to result.

Patterson and the victim’s mother had only began dating only recently, and Adrian Peterson’s son had also only recently moved in with his mother. The police reported that a 911 phone call was made by Patterson on Wednesday evening. During the call, Patterson reported that the 2-year-old victim was choking in their apartment. However, Lt. Blain Larsen wasn’t buying the story. Upon leaving the scene, Larsen reported that the boy’s injuries were not incidental, and that there was clearly some type of abuse happening.
Upon arriving at the scene in response to what was reported as a simple medical emergency, medics reported that the 2-year-old was unresponsive and immediately taken to the hospital for further care. Detectives almost immediately became involved and interviewed many people to dig deeper on their suspicions of abuse. “What they ended up finding was that when the injuries happened there was one person with that child, and that person was Joseph Patterson,” stated police spokesman Sam Clemens.

The medics reported that the injuries sustained by Adrian Peterson’s son included severe head injuries, and that it was obvious to them that this was a case of child abuse, and not the result of the choking claims that Patterson had made during his 911 call.

This incident is not the first time Joseph Robert Patterson has had a run with the police. In fact, Patterson has quite a long history with respect to this type of complaint. The following two cases had year-long stayed sentences attached to them, and the Lincoln County’s prosecutor’s office has filed a motion to order Patterson to serve:

I wish the best to Adrian Peterson and his family in getting through this tough time. I also wish the Vikings luck in Sunday’s game as I am a Minnesotan. I don’t know what it is like to lose a son, but I am from a small family and have lost both my father and grandfather since 2009. It’s not easy. 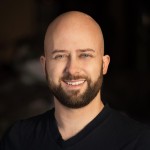